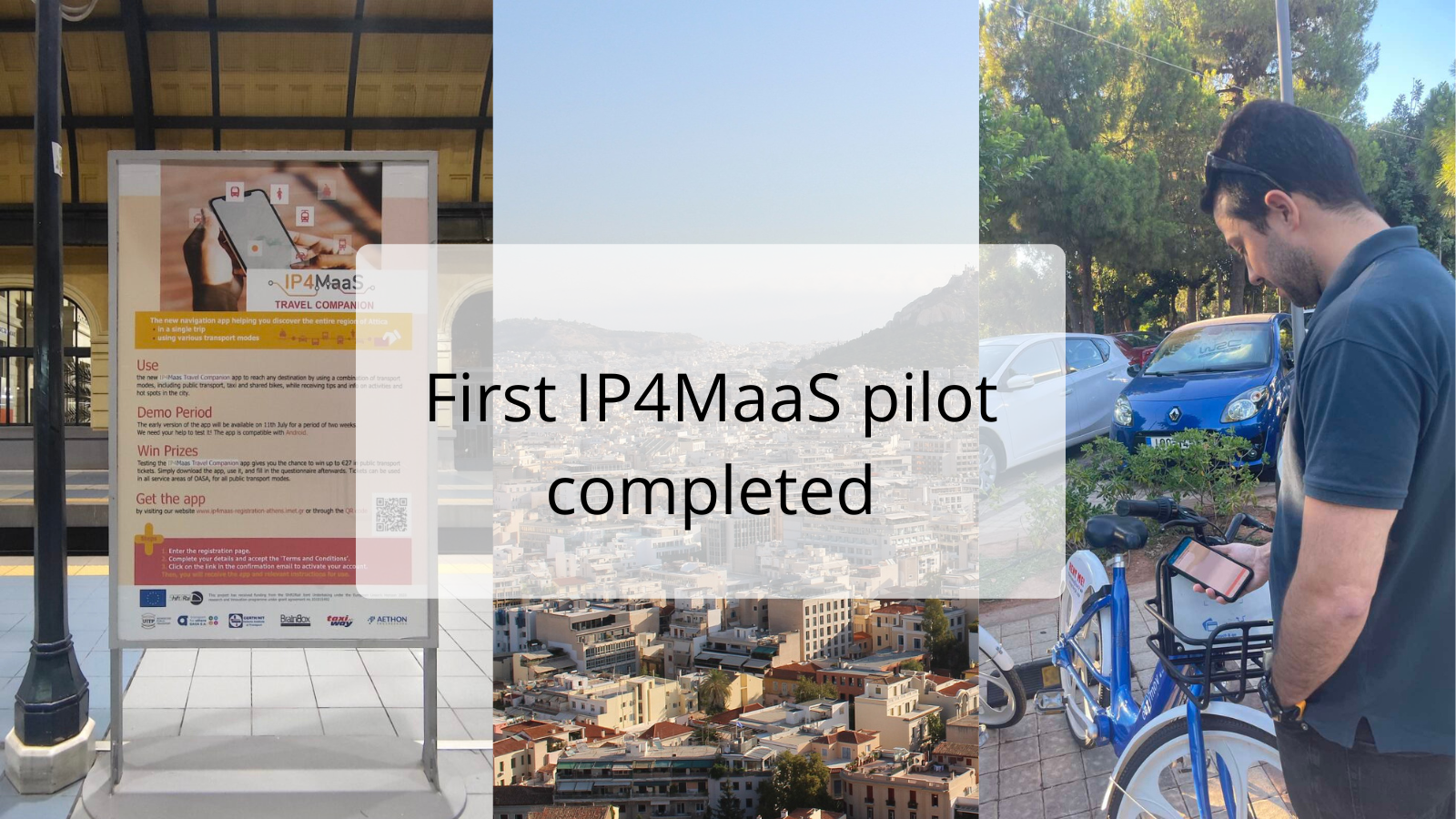 By AuthorSeptember 26, 2022No Comments

In July 2022, the IP4MaaS project was happy to kick off its first demo, held in Athens. It was the first  European pilot in a series testing various forms of multimodal travel and functionalities. Let’s have a look at some first insights!

Launching on 11 July 2022, the demo focused on enhancing multimodality by providing journey planning and integrated ticketing through a single Travel Companion application. Over the course of two weeks, real travellers used the Travel Companion app during their journeys and were asked to complete a survey afterward, sharing their experiences.

Before the pilot officially kicked off, an engagement strategy led by CERTH was set up, based on a raffle for travel vouchers, distribution of leaflets, posters, and banners at public transport stations, social media actions, and further digital communications actions such as internal emails to staff.

The dissemination campaign carried out by the demo leader and the partners involved, supported by UITP and Europe’s Rail, ensured much attention and interest around IP4MaaS and the demo, with more than 140 users and 17 travellers actively using the application.

The feedback directly collected “”in the field”” and received via the surveys completed by users showed that the overall feeling of the demo was very positive. Overall, users were excited to know that attempts are made toward a MaaS app for Athens to simplify multimodal trips in the region.

Despite the interest of users in the implementation of a new MaaS tool, the demo also identified essential challenges to be taken into consideration by project partners and complementary IP4 CFM projects involved in the update of the Travel Companion App and in the management of the digital ecosystem in which it is integrated.

Among these challenges, it is important to consider that users prefer simple and easy tools, avoiding the need for multiple downloads for using different functionalities. Language also proved a barrier; users prefer tools entirely translated into the local language instead of mixed with English.

The Athens demo will be very relevant for continuing the refinement of the application and its improvement to make it as user-friendly and intuitive as possible. The above-mentioned feedback provided by users on different aspects, and the analysis of their actual needs and expectations, will serve as valuable input to be considered for further zoptimization of the app.

Further tests will be done in upcoming demos held from February to April 2023 in six European locations (Barcelona, Padua, Osijek, Liberec, Warsaw, and again Athens, which will have its “”Demo Phase 2″” in March).

This project has received funding from the Shift2Rail Joint Undertaking under the European Union’s Horizon 2020 research and innovation programme under grant agreement no. 101015492